1. Whereas:
The Reid Commission was appointed by her Majesty the Queen of England and the Conference of Rulers in 1956 with the view to Malaya (and now Malaysia) achieving independence by August 1957.Among the primary terms of reference of the Reid Commission were a Common Nationality for the whole of the Federation.

2. And whereas
The overwhelming of the 131 written memoranda submitted to the Reid Commission as evidenced by the declassified documents from the Public Records Office, Kew, London, United Kingdom which represented the will and wishes of the then Malayan population were primarily equality and equal opportunities etc for all Malayans irrespective of race or religion as follows: -

2.1 In the grant of state land,
2.2 Admission to public and administrative service;
2.3 To trade and do business, licences, permits etc
2.4 Primary, secondary, skills Training, university and overseas university education.
2.5 No special privileges for the Malays,
2.6 No discrimination of any ethnic community based on race or religion,
2.7 The retention of all their places of worship in particular Hindu temples, crematoriums and burial sites,
2.8 Freedom of Religion,
2.9 Malaya is to be a Secular State and not an Islamic state,
2.10 Right to mother tongue education in particular Tamil schools to be fully aided,
2.11 Minimum wage for the lowest paid, and
2.12 Equal recognition as sons of soil for all Malayan born.

3. And whereas
Based on the aforesaid proposals the Malaysian Federal Constitution, which is the supreme law of Malaysia as drawn out by the Reid Commission in 1957 was passed by the inaugural Malayan Parliament and which formed the basis of independent Malaysia.

4. And whereas
Over the last 50 years since independence on the 31st day of August 1957, the United Malays Organisation (UMNO) controlled Malaysian government with their majoritarian might, and backed by police, Attorney General’s Chambers, Judiciary, civil service and the media continuously violated the Malaysian Federal Constitution by their racist and Islamic extremist policies and which in effect have created an apartheid system ala Malaysia and especially resulting in the degeneration of at least 70% of the ethnic minority Indians to become the underclass of Malaysia who end up in the poor and hardcore poor category. The rest of the 29% raised above the poor and hardcore poor category wholly and/or substantially through their own efforts, sacrifices and labour with no or very little assistance by the UMNO controlled government. The 1% of the cream thrives anyway.

5. And whereas
The plight of the Indians have been made worse by the racist UMNO mindset having spilled over to even almost all of the Opposition parties, NGOs’, Civil society, Malaysian Human Rights Commission (Suhakam), Bar Council, the media etc who do not take up the Indian plight for they are deemed to be lacking “political mileage” (race based) and/or no funding.

6. And whereas
The Indians having no or very little opportunities for upward mobility or hope either turn to crime (60% of Malaysian detainees are Indians though they are only 8% of population-Suhakam 2005) or end up committing suicide which is 1000% higher than Malays (Utusan Malaysia 12.9.2005).

7. And Whereas at a public forum attended by 1,000 over Indians on 28.7.2007 at 7.00p.m at the Selangor Chinese Assembly Hall, the participants unanimously resolved to forward their 18 point demands and which this peaceful assembly gathered here today on the 12th day of August 2007 at Putrajaya once again unanimously resolves to demand as hereinbelow outlined.

And now it is hereby demanded for and on behalf of the two (2) Million ethnic minority Indians in Malaysia from the UMNO controlled Malaysian Government their 18 point demands as follows: -

(1) End 50 years of violations of the Malaysian Federal Constitution.

(3) Call for affirmative action plans for all poor Malaysians especially the ethnic minority Indians. A Protection of Ethnic Minority Malaysian Indian Act 2007 be passed to secure and safeguard the interests of the poor and defenceless ethnic Indian Minority Community.

(5) Extend and implement with immediate effect to Indians the affirmative action plans, grants, scholarships, loans etc as extended to Malay Muslim citizens with the view to providing equal opportunities for higher education, university education, admission to foreign universities, post graduate studies locally and overseas, Trade and Skills Training Institutions, Science Colleges especially for each and every Indian student from the 70% poor and hardcore poor Indian category.

(6) Extend and implement with immediate effect affirmative action plans as extended to Malay Muslim citizens with the view to provide equal opportunities in acquiring wealth, venturing into business, trade, industries, medium and small scale industries, government linked companies, corporate sector, procurement of direct government contracts, in acquiring licenses for contractors, blue chip and / or guaranteed return shares, lorry, taxi and bus permits, loans and licenses to venture into trade, business banking and the corporate sector for each and every Indian from especially the 70% poor and hardcore poor Indian category. To this effect the UMNO controlled government allocates RM100 Billion at RM20 Billion per annum with effect from 2007 and implements successful strategic schemes in investments for the Indians as implemented for the Malay Muslims with the view to the Indians acquiring at least 10% of the nation’s equity.

(7) All the aforesaid is to be handled directly by the UMNO controlled government and UMNO is to stop “playing politics” through the “Mandore” (supervisor) system by dishing out on a piecemeal and/or peanuts basis or merely public and/or newspaper announcements and declarations by the Malaysian Indian Congress (M.I.C) who have no or very little power or say in the UMNO controlled Malaysian government.

(8) 20% of the Government top most level postings (Secretaries Generals), Middle level Management (Directors) and management level (Managers) postings, and the same for the Private Sectors, and positions of District Officers; Foreign and Diplomatic Service positions, civil service positions are reserved for Indians for the next 15 years.

(9) The UMNO controlled government makes public and is transparent on all of the aforesaid affirmative action plans i.e. the aforesaid education places, licenses, scholarships, grants, loans, permits, licenses, opportunities etc by publishing the same in the official website of the Government of Malaysia as and when the same is granted and/or on a monthly basis specifying the Indian beneficiaries thereto.

Every individual given the Right to practice and profess Religion/s of his/her choice in accordance to Standards adopted by the Universal Declaration of Human Rights 1948. The State and its Authorities barred from interfering in the personal beliefs and conscience of individual citizens . Disputes between Muslims & Non Muslims should be adjudicated in the Civil Courts.

(11) Stop the victimization and direct discrimination by the Police and all other state authorities of the Indians. All Malaysians earning RM 3,000.00 and below are to be fully borne by state funded legal aid for any criminal charges they face.

(12) The UMNO controlled government forms with immediate effect a Royal Commission of Inquiry into the Kg Medan Mini Genocide, condemns the violence thereto, apologises to the Indian community on this mini genocide, undertakes not to repeat the same in future and pay a compensation of RM1,000,000.00 for each and every citizen killed, permanently maimed, maimed or injured in this tragedy.

(13) Each and every Indian especially the Indian poor in the aforesaid 70% Indian poor and hardcore poor category is paid compensation which is to be adjudicated and determined by the United Nations Secretary General for the aforesaid 50 years of Constitutional violations by the UMNO controlled government.

(14) All homeless Malaysians are to be provided affordable homes and not low cost flats by law. A minimum wage of RM1,000.00 for each and every Malaysian be made law.

(15) A Royal Commission of Inquiry is initiated to report on the aforesaid constitutional violations by the UMNO controlled government and appropriate recommendations for amongst others further affirmative action plans for especially the 70% Indian poor and hardcore poor category.

(16) All forms of racial and religious discrimination, oppression and suppression of the Indians / Hindus in both the public and private sectors are stopped with immediate effect and a Race Relations Commission Act 2007, an Equal Opportunities Commission Act 2007 and a Freedom of Religion Commissions Act 2007 be passed and powerful Commission thereto be put into force to give effect to anti racism, anti Islamic extremism and anti direct discrimination practices by the UMNO controlled government in both the public and private sectors.

(17) The UMNO controlled government passes specific laws to give effect to the Independence of the Judiciary, the Attorney General’s Chambers, Civil service, Police Force, Army, the Malaysian Human Rights Commission and the Malaysian media and for the Opposition parties, NGOs’ Civil Society groups, Bar Council and the media not to discriminate and side step Indian issues but instead to voice out the same without fear or favour. The Malaysian media is also to be legislated to report the real happenings especially on the 70% Indian poor and hardcore poor without fear or favour.

(18) A minimum of 20 Opposition members of Parliament are elected exclusively by the Indian Community to represent their interest at the highest political level and also as a Parliamentary Democracy check and balance and the same is safeguarded and entrenched into the Federal Constitution and which is to be increased proportionately with the increase in Parliamentary seats.

Compiled by P.Uthayakumar legal Adviser, Hindraf based on the ground reality, sentiments, pulse, blood, sweat and tears of the Malaysian Indians after 50 years of marginalisation, discrimination, oppression and suppression by the UMNO controlled Malaysian Government.

same to you master PakKarami

Yes indeed, in some moments I can bruit about that I acquiesce in with you, but you may be in the light of other options.
to the article there is stationary a question as you did in the fall publication of this request www.google.com/ie?as_q=extreme movie manager 6.1.8.0 deluxe ?
I noticed the catch-phrase you suffer with not used. Or you functioning the dark methods of helping of the resource. I possess a week and do necheg 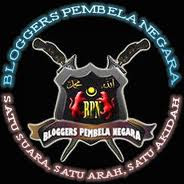 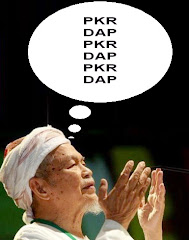